Discussions on the development of social dialogue have been completed

In order to discuss the practices of tripartite social dialogue in Latvia, the first event of the project “Promotion of Local and Regional Tripartite Social Dialogue in Latvia” was held in Riga on 10 November.

The project is implemented by the Riga Business Association in cooperation with Riga Municipality and non-governmental organisations, such as the Latvian Social Entrepreneurship Association, the Latvian Business Union, the Latvian Communications Workers’ Union, etc., attracting an expert in the field of social dialogue from the Kingdom of Norway.

Juris Juhņevičs, Chairman of the Board of the Riga Business Association: “Tripartite social dialogue involves society in decision-making, and can create social peace in order to solve important economic and social issues. Besides, it can provide policy makers with the information they need to develop more effective policies.”

During the event, openness and determination to develop dialogue with the public were confirmed by Vilnis Ķirsis, Deputy Mayor of Riga, and Inese Andersone, Chairwoman of the City Development Committee of the City Council. In turn, the need was also confirmed by the present representatives of non-governmental organisations. In turn, Christian Edegor, the Norwegian Ambassador to Latvia, emphasised the advantages and results of tripartite social dialogue in Norway.

Sigrid Hetness, an expert from the Kingdom of Norway, emphasised that it is important for Latvia to adopt the Norwegian experience – a roadmap for the decision-making process. This would enable everyone to have the opportunity to participate in decision-making and consultations. Everyone wants to be heard and understood, because decisions that are acceptable for all parties can only be made through discussions.

Kristīne Zonberga, Director of the NGO Alliance, raised the issue that there are many different councils, sites and formal formations for social dialogue in the country, but there is no unifying platform where different “players” can come together, and there are no consultations with various involved parties, such as small entrepreneurs, self-employed persons, or start up companies. There should be succession at different levels. We hope that the new convocation of Riga City Council deputies will cooperate more closely with the government. Cross-sectoral and inter-institutional cooperation is also needed.

Silva Jeromanova-Maura, Chairwoman of the Marupe Region Business Advisory Council, said that Marupe Region has successful experience in organising advisory councils. Many issues can be resolved if they are addressed together. Time, words and opportunities are important.

Santa Graikste, Executive Director of the Latvian Hotel and Restaurant Association, said that their association has close cooperation not only with the municipality of Riga, but also with the municipalities of many other large cities. “There are issues that we have solved together in Riga, such as the establishment of the tourism police. Security as well as modern and accessible infrastructure are essential for us and the guests of the city. At present, the issue of the immovable property tax, which is several times higher than in neighbouring countries, is important for the industry, among other issues. We have also solved the issues of signboards and summer terraces.”

Irēna Liepiņa, Chairwoman of the Latvian Communications Workers’ Association Council, said that membership, cooperation and stability are priorities of trade unions. We keep up with the times. It is important for us to be able to agree on collective agreements, or to conclude general agreements for sectors. If employees are vulnerable, then business itself is more difficult. A more inclusive society needs to be achieved.

Regita Zeiļa, Project Manager of the Latvian Social Entrepreneurship Association, mentioned that co-operation with local governments, delegation of their functions, exchange of experience between local governments and the companies themselves are important for social entrepreneurs. Cooperation begins with a meeting and a discussion.

You can view the recording of the event: 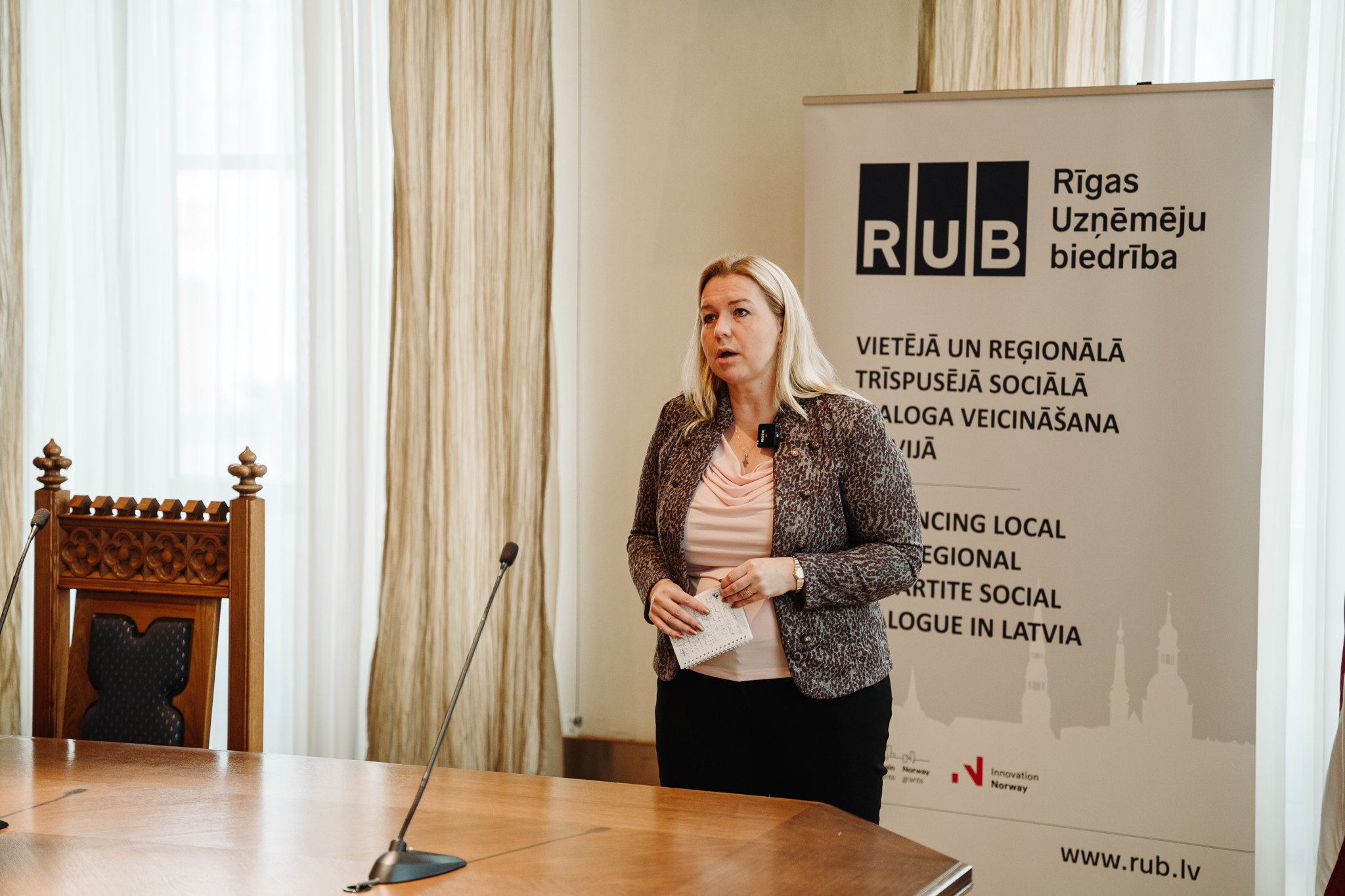 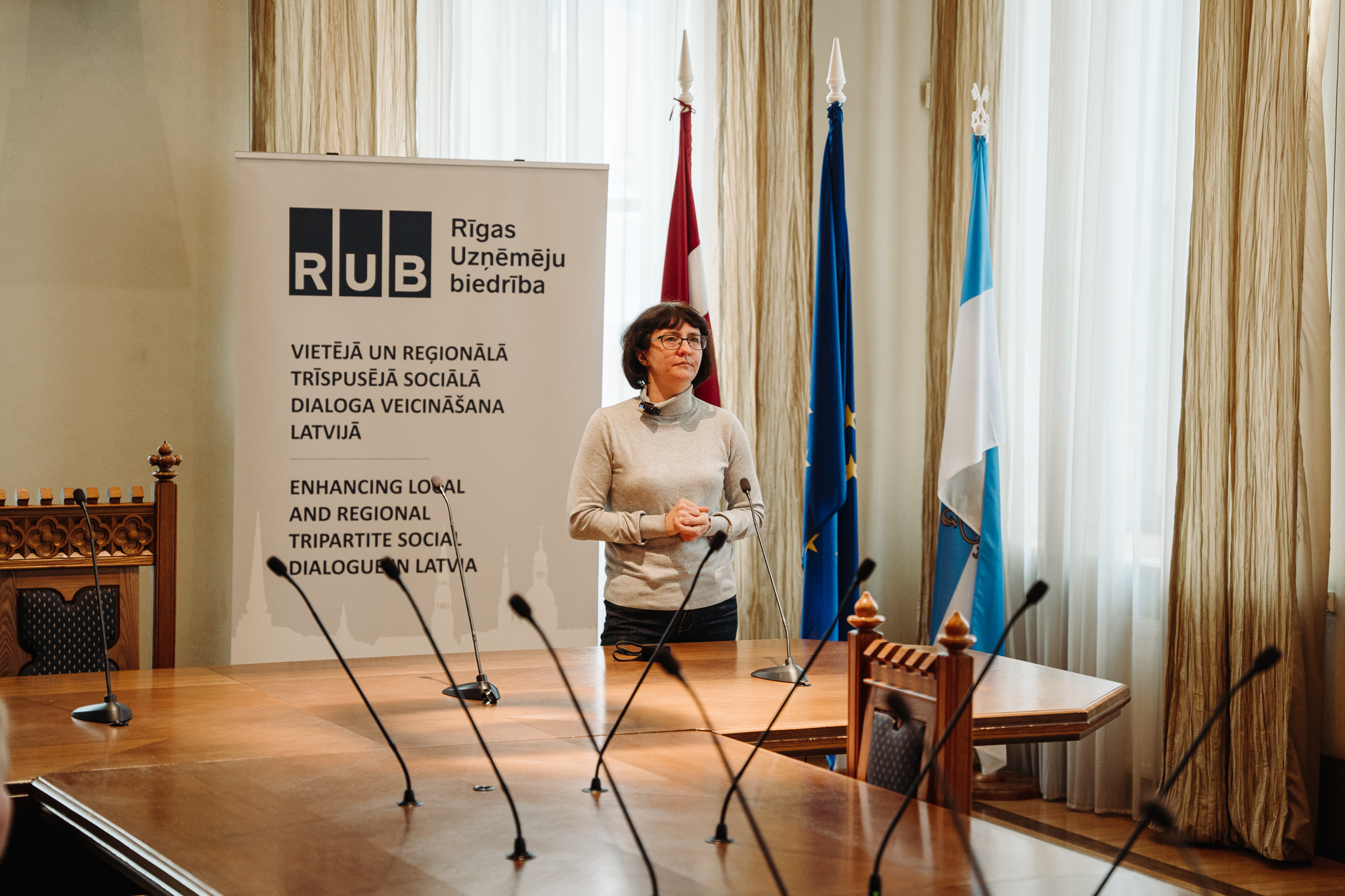 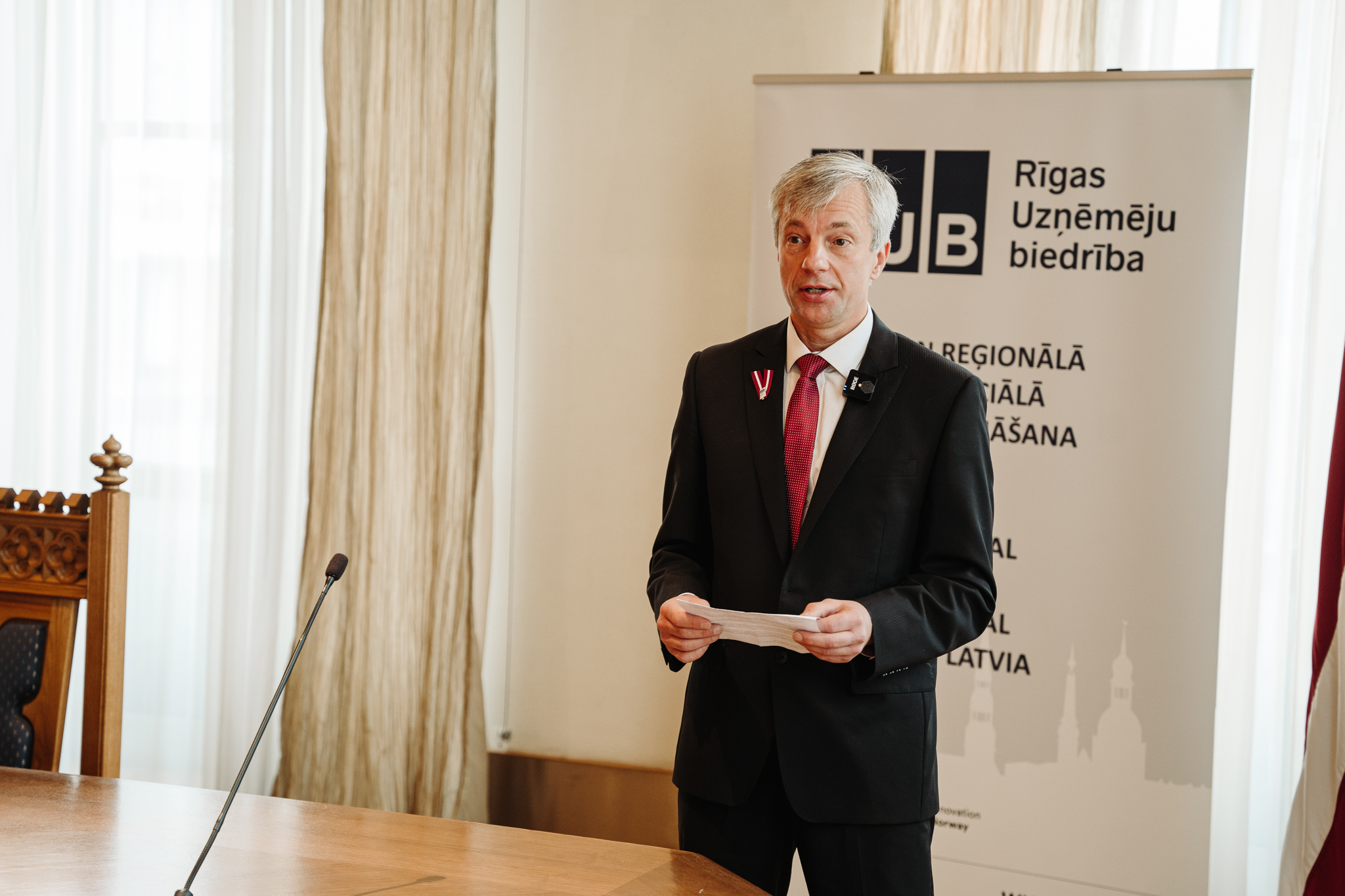 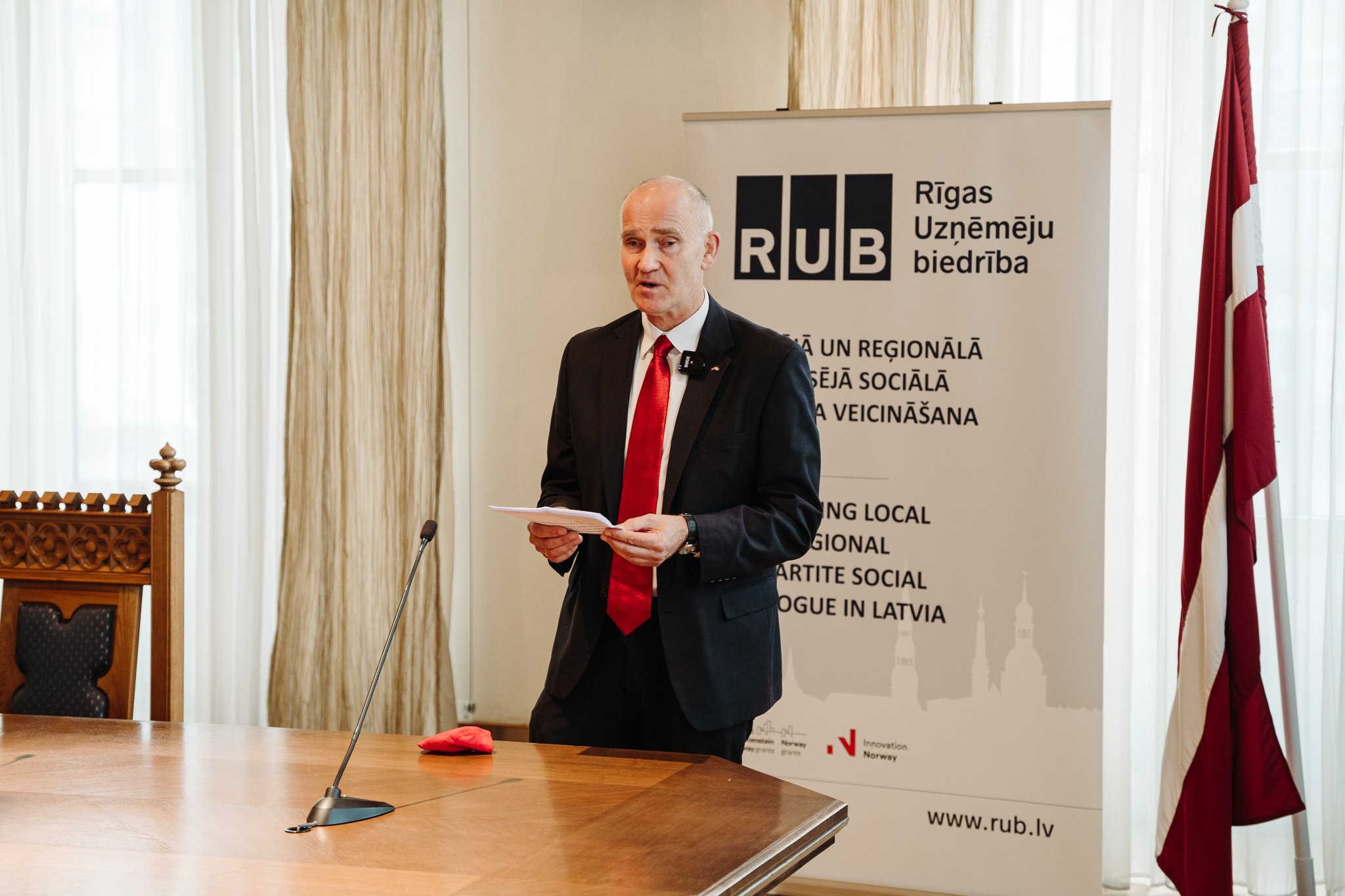 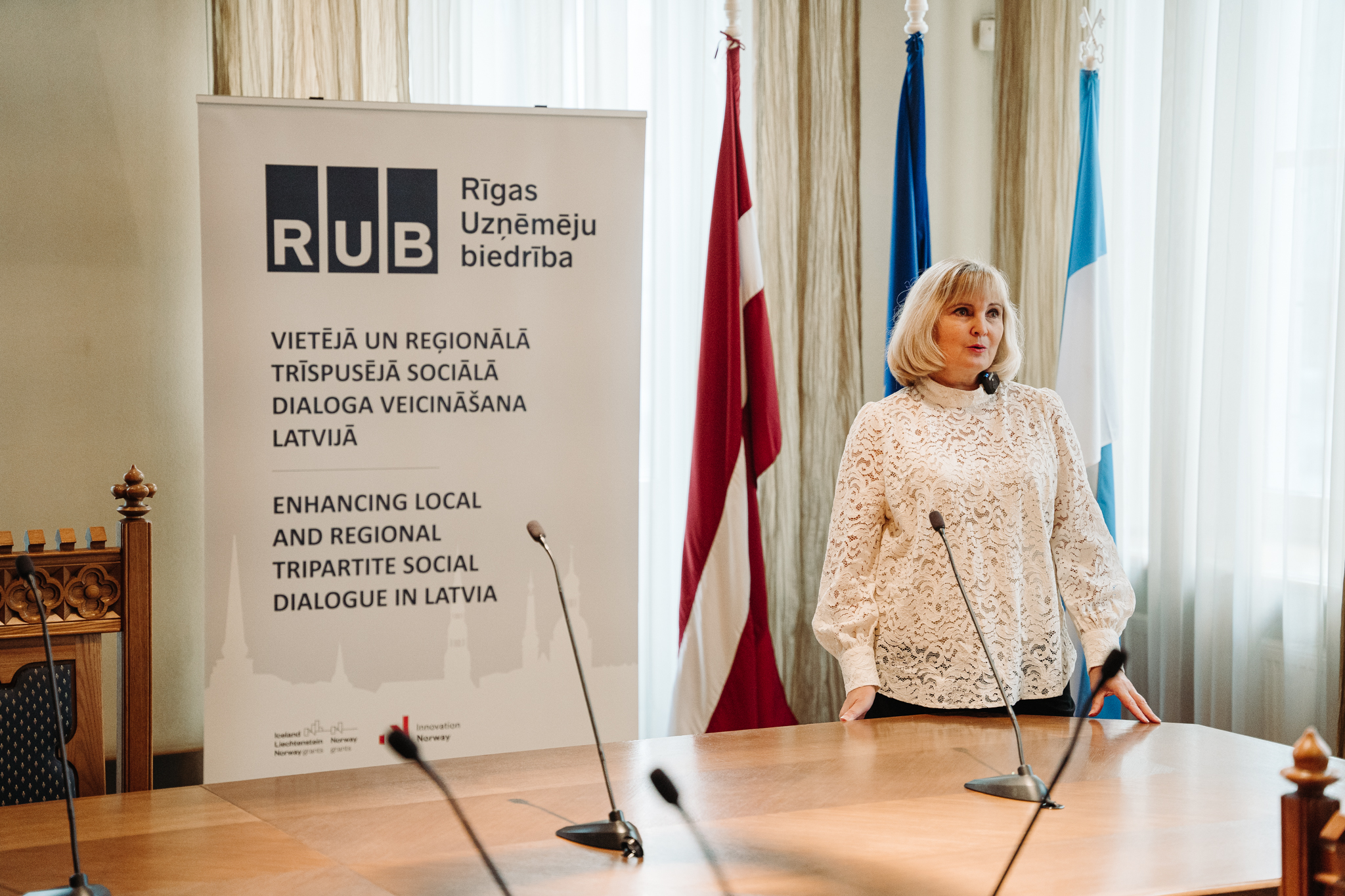 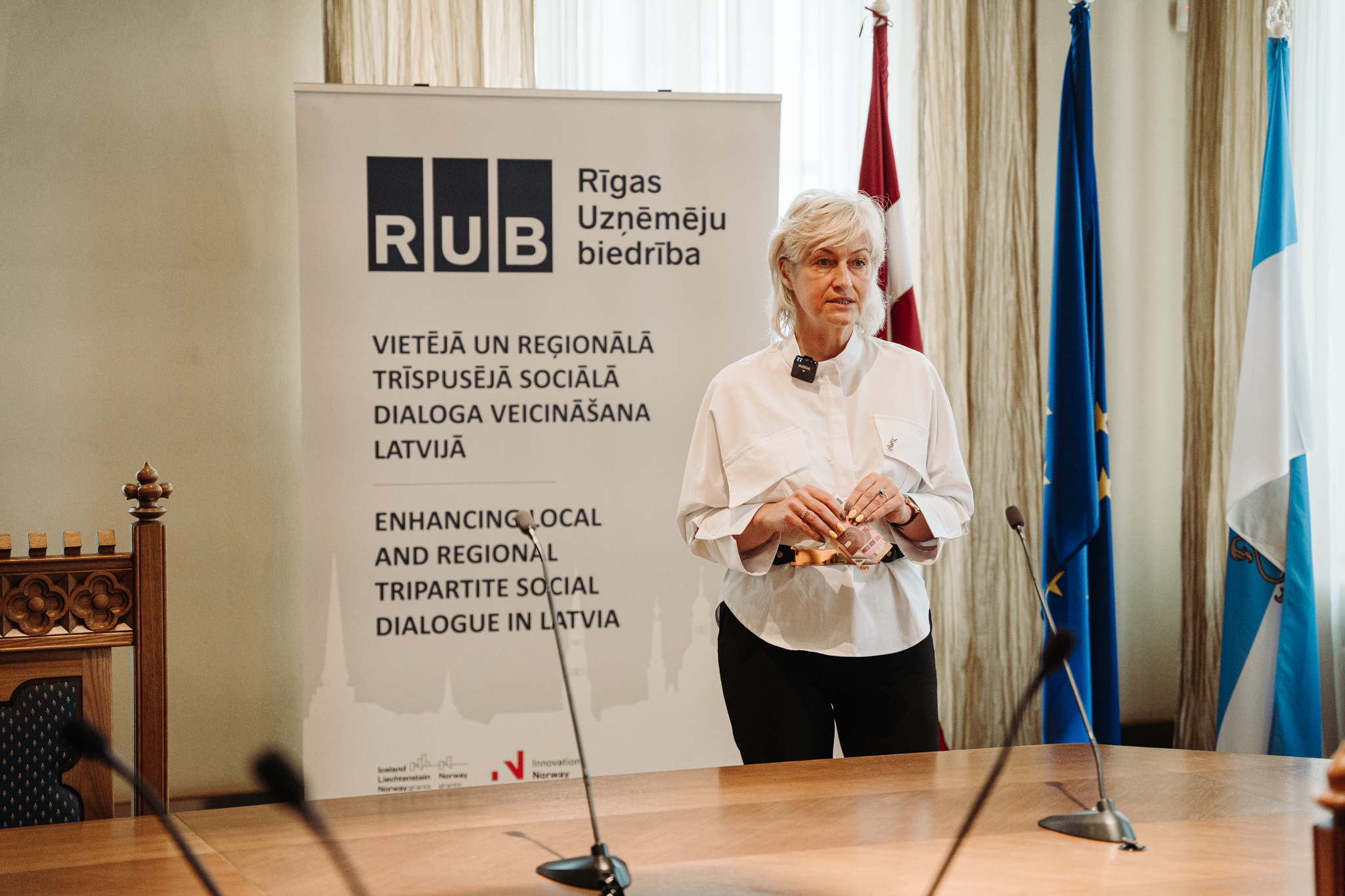